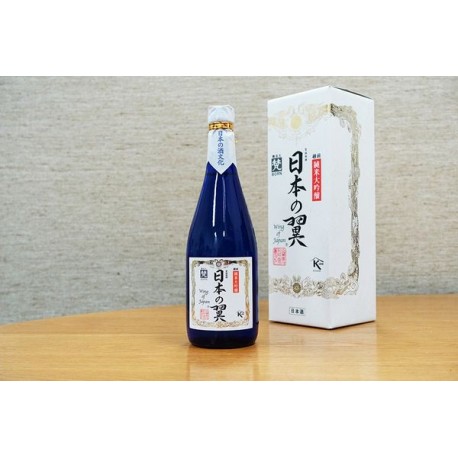 By buying this product you can collect up to 196 loyalty points.
About JAL Shopping Point

*You must be 21 years or older to purchase this product.
Adult signature required upon delivery.

Nihon no Tsubasa ~Wing of Japan~
An award-winning sake that has been served on First Class of Japan Airlines.

A Junmai Daiginjo Sake that has been aged for 2 years at zero (0) degrees celsius.
Enjoy the magnificant aroma, gentle taste with a sharp after-taste.

This sake has been served at many important events, such as the State Dinner when United States former President Bill Clinton visited Japan in 1996.
Won Grand Prix at the International Sake Festival in London in 2000; Won Award of Excellence at TEXSOM International Wine Awards in 2016

*You must be 21 years or older to purchase this product.
Adult signature required upon delivery.

Receive the latest news and special offers from JAL Shopping!